Trish Altass is a mother, community-based researcher and Green Party Shadow Critic for Workforce and Advanced Learning. Her research has involved exploring lived experiences and collaborating with government departments, community organizations and vulnerable populations. Throughout her career, Altass has been dedicated to work that supports the development of a more equitable society where everyone can live healthy, well and strong within their communities and families.

As a member of the PEI Working Group for a Livable Income, and former chair of the Research, Policy and Evaluation Working Group of the Guelph and Wellington Task Force for Poverty Elimination, Trish Altass has been a strong advocate for policy development based on the social determinants of health and the need for a basic income guarantee to eliminate poverty. She was also a founding member of the Community Engaged Scholarship Institute at the University of Guelph, focused on building community-university partnerships, community engagement and social innovation.

Through her research, Trish Altass has explored topics such as the paid and unpaid work experiences of women who identify as low income or facing economic hardship, facilitators and barriers to accessing addictions treatment programs and labour force transitions. She has also helped train and worked with community researchers who self-identified as living in poverty.

Altass has been a senior research associate at the Young Lives Research Laboratory housed at UPEI, where she was part of an interdisciplinary research team evaluating the scale-up of social and emotional learning programs in Atlantic Canada. Supporting children and youth to understand and engage more effectively in the research process has been at the core of this work.

As a contributor to the Digital Economy Research Team at UPEI, Altass has co-authored book chapters and peer-reviewed publications that consider how education systems can best prepare youth for work and life in the knowledge-based creative economy. Part of this work has involved the development of an innovative approach to English Language Arts that brings to the forefront the creative, critical, collaborative and multiliteracies skills needed to communicate effectively in the digital era. Currently, Altass is teaching ‘Community Engaged Learning’ at Mount Allison University, where her students facilitate collaborative project-based learning activities with students in grades 5-8.

In addition to her research and community work, Altass has been a union leader, serving as women’s council chair and local president of the teaching assistant and sessional faculty union at the University of Guelph, CUPE 3913. During her time as a union executive member, she led the local’s bargaining team and helped ensure that members’ rights were protected and upheld.

Before starting her career as a researcher, Altass earned a diploma in Child and Youth Work and was a front line worker in residential care programs for youth. Trish Altass was born in Eastern PEI, and after many years living away, she has spent the past five years living in Summerside with her partner and nine year old daughter.

"Applying the lens of worker well-being should be the fundamental role of the Minister of Workforce and Advanced Learning. The current over-reliance on unemployment rates and GDP reveals very little about the quality and conditions of jobs, the ability of workers to organize effectively, or if workers are making enough money to make ends meet. Islanders must be supported to engage in life-long learning, train in new and growing areas of work, achieve work-life balance and maintain healthy lifestyles. At the core, it is the minister’s job to work for workers." Since the beginning days of the renovations at Three Oaks Senior High (TOSH), concerned parents have been expected to simply “trust” that their children have been safe throughout construction, though it was found that breaches in asbestos safety protocol have occurred.

Air quality test results that started being shared with these parents in April 2018 have led to email exchanges and a few select meetings with representatives from the Department of Transportation, Infrastructure and Energy, the Department of Education, the construction company leading the project, and others. However, many questions have been left unanswered, and concerns for the current and future wellbeing of students persist. Some parents have even been forced to request (and pay for) information through the Freedom of Information and Protection of Privacy act- a process that has been slow and frustrating. 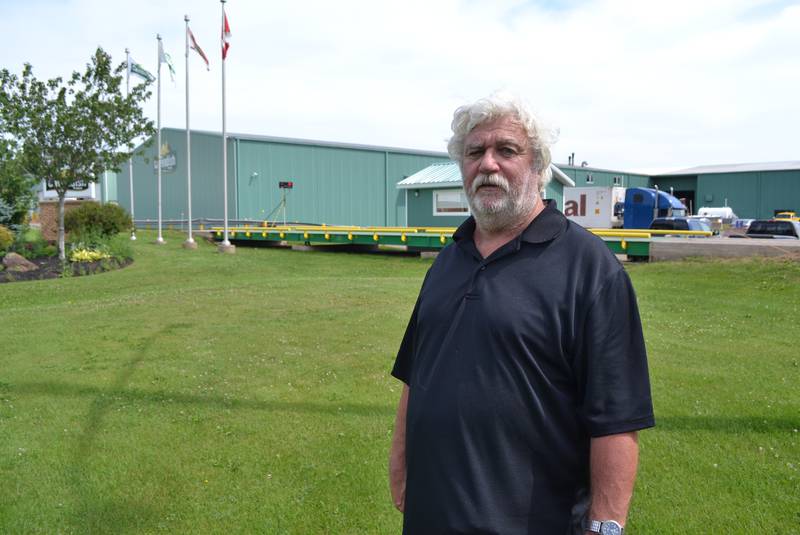 In his guest opinion in the Guardian on Aug 15 2018, Minister Gallant states that numbers tell the story, highlighting that “In the last two years, 4,200 new full-time jobs have been created.” While this is certainly a good news story, it’s only a part of it.  It doesn’t tell us how many of these jobs are permanent full year positions, how many are minimum wage, or how many jobs have been lost, particularly in rural areas. Employment increases in bioscience and aerospace will do little for the 40 people in O’Leary who recently lost their jobs at the Cavendish plant- a loss that will no doubt have significant impacts for the local community. A Basic Income Guarantee (BIG) would be a universal, non-means tested government program, that would ensure everyone has a sufficient income to meet their basic needs. Undoubtedly, a BIG would have significant impacts on the health and wellbeing of Islanders- impacts that overlap many government portfolios. For example, a BIG would provide all workers with the freedom to engage in unpaid work in their homes and communities, to retrain or explore new employment or business ventures, and the safety net needed to stand up to unfair of unsafe workplace conditions. Over the past few weeks we have heard a great deal about the new funding being made available to PEI’s post-secondary students through bursaries and debt-reduction programs. This is fantastic news for young Islanders who are beginning their post secondary education and those who are going to stay here on PEI after they graduate. I look forward to seeing the details of how these new programs will roll out.

I applaud this effort, but have been surprised to see Ministers pointing to this as a ‘cure all’ for the problems facing Island youth. Of course, it would be impossible for one program or initiative to address every issue. The needs of young Islanders are complex and varied.  Yet, in the current sitting of the Legislature, new bursary and debt reduction programs for post-secondary students have been presented as an answer to a wide range of issues such as affordable housing for youth, low youth income levels (see Hansard April 24, pg 1921), and perhaps most confusingly, as a response to why UPEI is not covered under the Freedom of Information and Protection of Privacy Act (FOIPP)  (see Hansard April 12 2018, pg. 1561). Indeed, the new student bursary and debt relief programs were featured in Ministers’ statements three out of the four days the first full week the legislature was in session (see Hansard April 17-20). Unequivocally, this seems to be a go-to-answer for almost any question related to post-secondary education or young Islanders. RE: “Island teachers trained to detect mental health disorders in the classroom”. This year for the first time, PEI post-secondary students who are Employment Insurance (EI) eligible have been allowed to collect EI while attending school. This is an important change that will help make higher education more accessible for all our youth, and alleviate some of the burden of student debt. Additionally, the program encourages students to be actively employed during the summer break, which will no doubt bolster employment in our seasonal industries. The inclusion of University students within the PEI Career Connect program is a positive and timely change that puts us in line with our neighbouring provinces that have similar initiatives (see EI Connect New Brunswick and Fast Forward Nova Scotia). I find it interesting how many portfolios prioritize 'growing the economy' in their mandate. Designing an economy is certainly a worthy goal, but it seems the primary focus for the Minister of Workforce and Advanced Learning should be the Island’s workers, rather than a sort of second Economic Development Minister. Too often, the rights and needs of our workforce are overlooked, conceived of only in terms of unemployment rates and GDP growth. These measures reveal very little about the quality and conditions of jobs, if workers are making enough money to meet basic needs, or if workers are able to achieve work-life balance and maintain healthy lifestyles.