Get "Dark Money" out of PEI Politics Thought that Big Money was banished from PEI politics in 2018 with the ban on corporate, union and off-Island political contributions, and the limits placed individual donations? So did we.

However, after the last election, it became clear that there are some major loopholes in the laws governing political party finances in PEI. 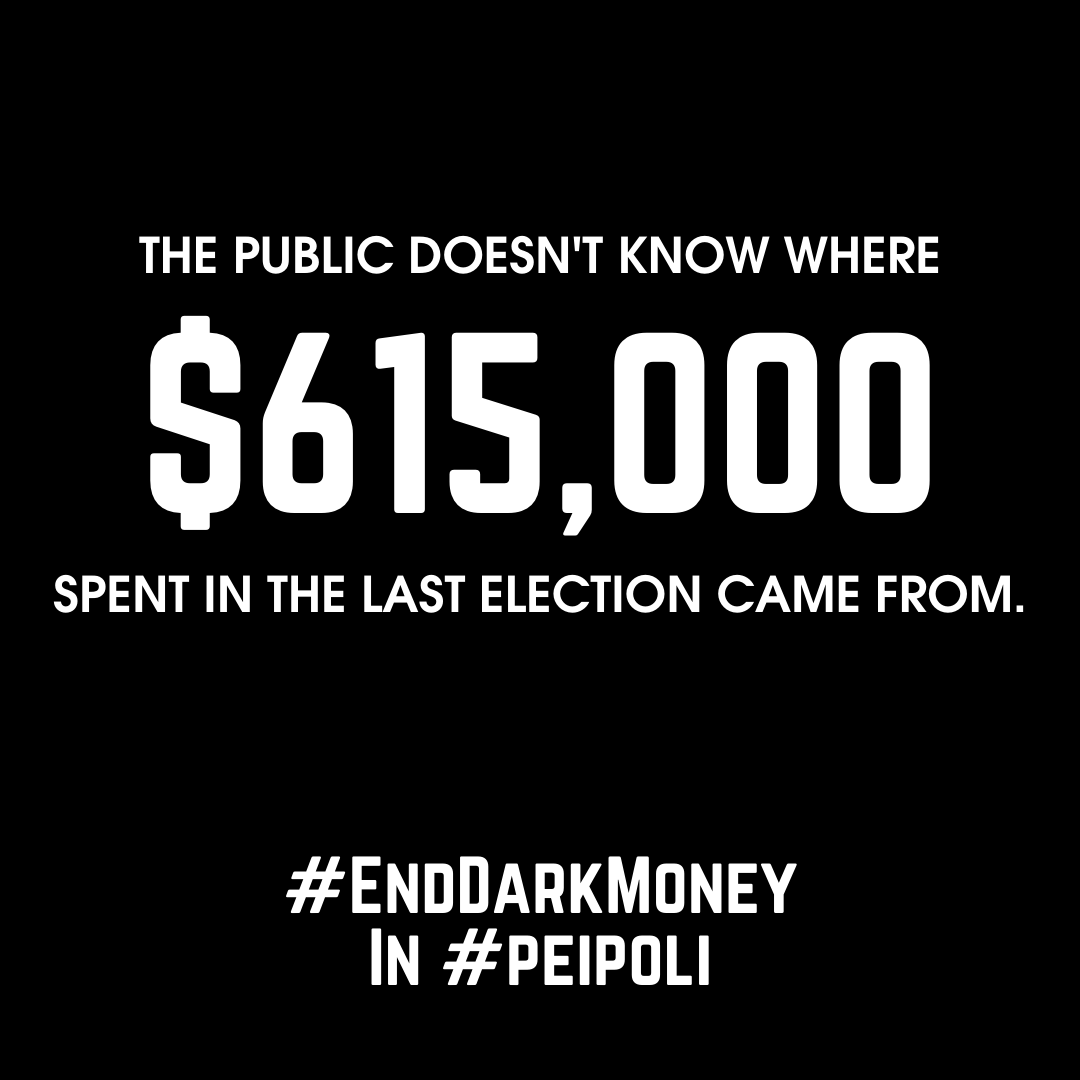 Unlike other provinces, PEI does not regulate loans taken out by political parties at all. We are also the only province in Canada that doesn’t require political parties to submit audited annual financial statements to Elections PEI, to ensure that rules are being followed and to be transparent with Islanders about where we get our money.

This is not just a hypothetical issue:

Why is this an issue?

This kind of unregulated, non-transparent use of massive loans to fuel expensive election campaigns is deeply problematic for a few reasons:

What can we do about it?

Becoming aware of these issues has led Green Party leader Peter Bevan-Baker to draft a bill, An Act to Amend the Elections Expenses Act, which seeks changes to the laws to: Peter is planning on tabling this legislation during the Fall 2021 sitting. It is critical that we address the significant gaps in political finance well before the next election.

We're not expecting it to be easy to change the rules, because it would change the way the other parties have operated for many years. But we're hopeful that a majority of MLAs will agree that, like citizens of other provinces, Islanders deserve a transparent and fair democratic process, free from the distorting influence of Big Money.

You can help by adding your name to our #EndDarkMoney campaign today! Just add your name below, and you will be prompted to share this campaign via your social networks. By doing so, you will help shine a light on "dark money" and bring it out of the shadows.